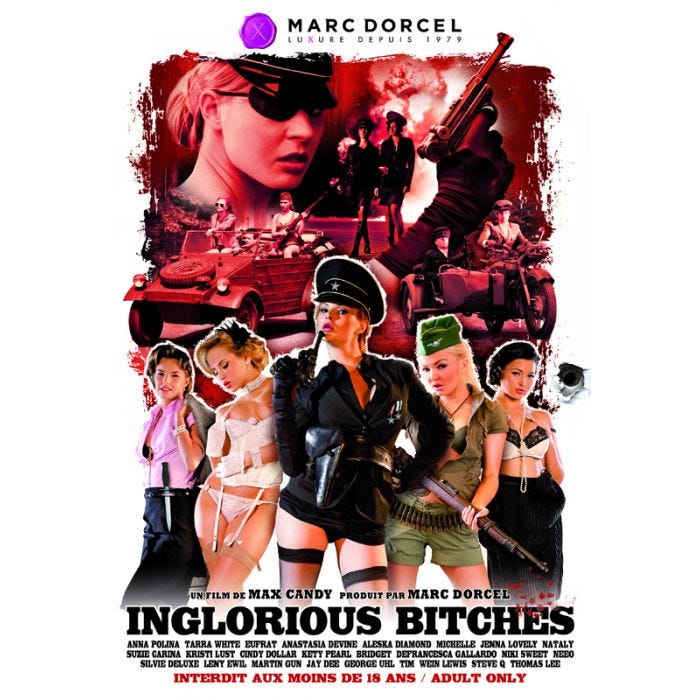 During the 2nd World War, Europe is being ransacked and pillaged. Two Young women, who saw their lover killed by the enemy, join the résistance and recruit former prostitutes to train to become formidable fighters, experts in arms and charms. Running a brothel frequented by the non-commissioned officers of the enemy, our ladies of the résistance receive strategic information by occupying and preparing a secret operation that could change the course of the war. Orgy scenes with dozens of participants, torrid threesomes, fetishists, uniforms and lesbians. Behold « Inglorious Bitches » by Max Candy, you're now holding the top X-rated film of the year

Inglorious Bitches - version collector
-0%
€29.99
Add to Cart
You may also like