Menu
This product is out of stock
SKU
BLU8042 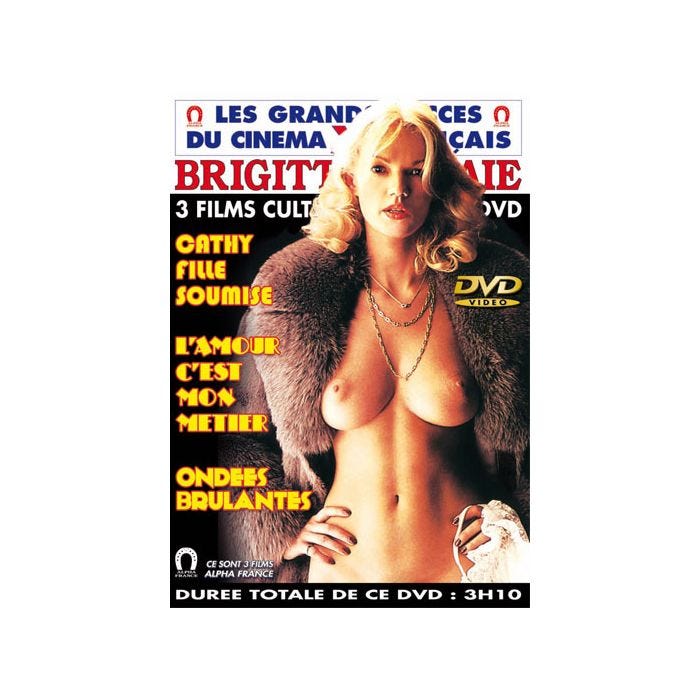 3 FILMS ON THIS CULT DVD WITH BRIGITA LAHAIE. CATHY, THE SUBMISSIVE GIRL. Produced during the summer of 1977 in the Alpilles, this is one of the first films with Brigitte Lahaie. Still frightened, she is forced to overcome her inhibitions. She gives of herself body and soul, and feels an irresistible exhibitionist urge, which excites her. The viewers understand full well that when she gets off in front of the camera, it is for them. This hedonistic film had a great success when it was released November 2, 1977 in ALPHA FRANCE theaters. LOVE IS MY PROFESSION. Brigitte Lahaie, famous across the Rhine under the pseudonym Brigitte Bordeaux, filmed four short films for sex shops in 1978 for the producer Tabu that never made it to the theaters. We found and restored these four rare films before they broke down completely and now present them under the title, 'Love is my Profession.' BURNING WAVES Brigitte Lahaie is at her peak in this feast from the Golden Age of French porn. In the role of the secretary for a very private porn film producer, Brigitte Lahaie, a sexually unbridled female through and through, is more beautiful than ever as she unleashes all her sexual urges. This colorful film was enjoyed by a crowd of enthusiastic viewers when it was released October 25, 1978 in ALPHA-FRANCE theaters.