Menu
This product is out of stock
SKU
BLU8023 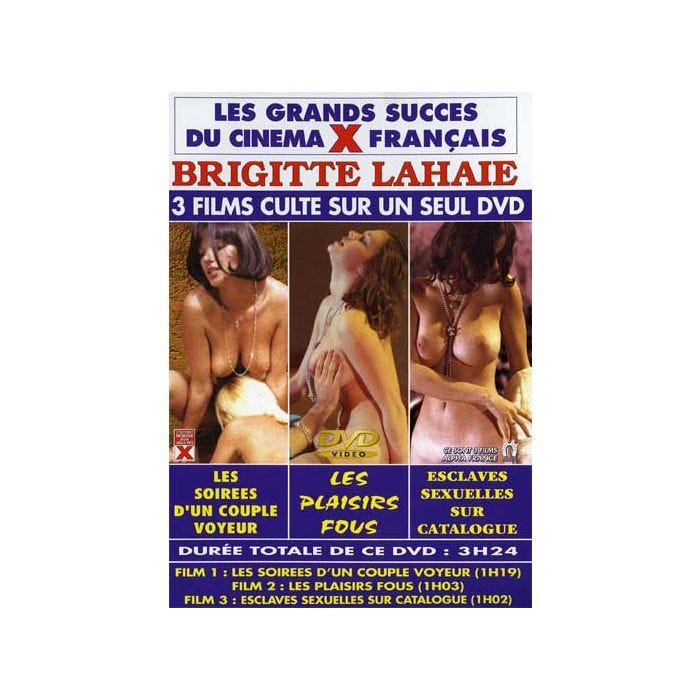 3 CULT FILMS WITH BRIGITTE LAHAIE. THE NIGHTS OF A VOYEURISTIC COUPLE (1:19) Brigitte Lahaie, who goes uncharacteristically dark for this film, is the perfect actress for this salacious portrait of a couple who decides to spice up their sex life to the extreme. With more and more perverse games, from just voyeurs, they become participants and then swingers. A very successful X-rated French film directed by Patrick Aubin, released under the title "Les Enfilées,'' December 19, 1979 in ALPHA-FRANCE theaters! CRAZY PLEASURES (1:03) This is the first film with Brigitte Lahaie, where she made her first mark in a meteoric porn career that was only three years long. Her career ran from 1977 (Crazy Pleasures) to 1980 (The Little Schoolgirls), making Brigitte Lahaie with 19 ALPHA-FRANCE films under her belt, a symbol of French female sensuality around the world. Directed by Georges Fleury, this film, now rare and sought after by collectors, revealed a buxom and brunette Brigitte to a fascinated crowd of viewers when it was released July 20, 1977 in ALPHA-FRANCE theaters! A CATALOG OF SEX SLAVES (1:02) One of the first on-screen appearances by Brigitte Lahaie who, in a role as a sex slave, acts in her first orgy. A great fantasy by Burd Tranbaree where gorgeous sex slaves fulfill all the men's lustful desires . The film, which has also become very rare, delighted a crowd of enthusiastic viewers when it was released August 24, 1977 in ALPHA-FRANCE theaters!