-0%
Skip to the end of the images gallery 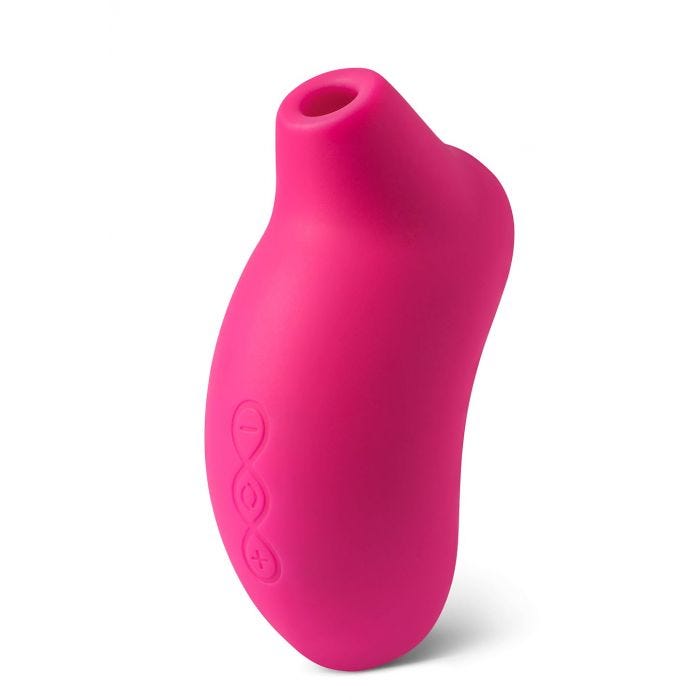 Lelo, the leader in high-tech pleasure, had to release his own, and it is done today. The release of the Sona Stimulator is an event in the world of Clitoral Stimulation.

Sona will make you climb the curtains very quickly. High technology for orgasm. To give you an idea, it's like standing in front of a speaker, and you feel all the waves of music passing through your body. Here it is the same, Sona is the enclosure of your clitoris.

Lelo developed the Sona Cruise model. Cruise Control" technology was developed in response to a problem that is still ignored today.

Imagine instead the scene: You are having fun with your Clitoral stimulator Sona. The head of the sextoy is delicately placed around your clitoris. The pulsations generated invade you and you feel the waves of pleasure spreading little by little. You abandon yourself completely to these sensations and lose control as you go along. You press the stimulator more and more, and the stimulator loses power if you press it too hard. This is when Cruise Control technology comes into play. The engine will deliver 20% more power to compensate for this loss, and the Sona Cruise can then accompany you in this explosive enjoyment, without any slowdown.

Sona stimulates your clitoris but also its whole "structure". Your clitoris is only the submerged part of the iceberg, the pulses will stimulate its whole, for sensations tenfold.

Without contact, you can leave the Sona on your clitoris for hours without irritation. The end that you will deposit is broad enough to accommodate your pleasure button. The waves of pleasure will spread from your clitoris to your entire vulva, for an explosion of pleasure. The revolution of orgasm goes through these clitoral stimulators.

Lelo's Sona offers up to 8 different pulse programs. According to your desires of the moment, you will have to choose the one that will satisfy your expectations, from the sweetest to the wildest. A powerful motor has been placed in this stimulator, all the stimulation waves will make you roar with pleasure.

You could count on Lelo to bring you a particularly elegant sextoy. The handling is easy, the use is fast. The control buttons are easily accessible. You can use it with one hand without problems. Completely waterproof, you can take it with you in the shower, in the bath, in a jacuzzi, or in the pool... Your imagination is your only limit.

Sona Cruise Cherry Clitoral Stimulator
-0%
€99.00
Add to Cart
You may also like